We propose you to make an exciting journey through 5 colorful places in Latin America . Do you dare to come with us and discover some of the most beautiful corners of the American continent? They will leave you speechless.

When we speak of colorful places, we refer to spaces that exude life thanks to the luminosity and the chromatic contrasts of its streets . But that’s not the point. Its people, so important for a place to come alive, are also exultant people who spread their joy and passion for the world.

The capital of Argentina , Buenos Aires, undoubtedly stands out for its immense variety. Not in vain most of the population of the country lives there, so in its streets you can find everything. And among all its corners  highlights the colorful neighborhood of La Boca .

It receives this name due to its location, very close to the mouth of the Río de la Plata. The Caminito stands out among its most famous corners . This is a place where the houses were lined in the 60s by boat sheets colored by Benito Quinquela Martín, a painter.

Thus, the neighborhood of La Boca represents all the colors of Buenos Aires, immersed in a bohemian atmosphere to the rhythm of tango. This fact contrasts with the passion of the inhabitants of the area, which is unleashed every time there is a match in the popular football stadium known as La Bombonera. 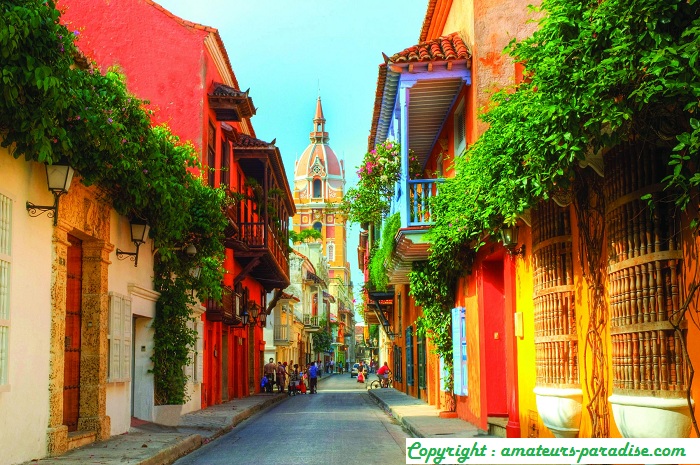 One of the most famous cities in Colombia is Cartagena de Indias . In this place the whole environment is an exotic contrast of colors thanks to the colonial style of the facades of its buildings.

To visit Cartagena de Indias is to approach a world full of life and animation . Its streets seem to be able to move at the same pace as its inhabitants do. Among the most beautiful places in Cartagena de Indias are the Colonial and Getsemaní neighborhoods, especially beautiful and attractive for visitors. 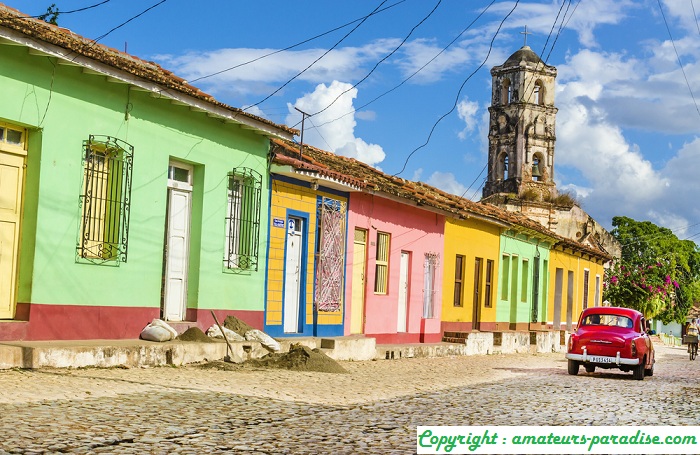 Among the colorful places in Latin America  , the beautiful town of Trinidad stands out.  It is located in the Caribbean Sea, on the island of Cuba .

Trinidad is a city that has been preserved with all its stately tone throughout its history . Thus, colonial architecture takes special prominence in its streets, dotted with churches, farms and colonial houses with well-colorful and beautiful facades. 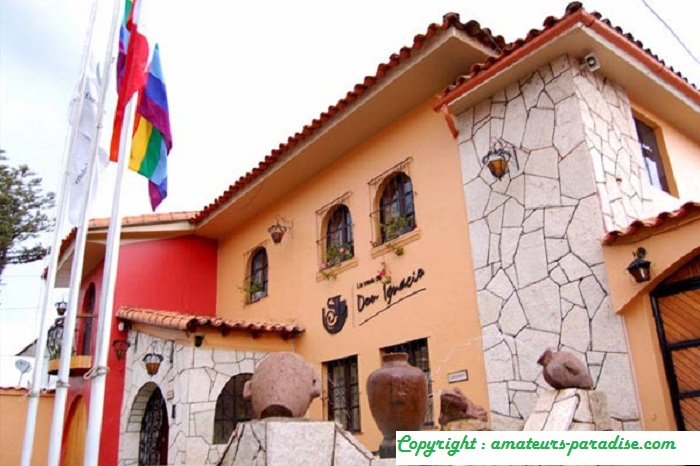 This is a beautiful city that stands out for its commercial heart . Typical of the city are the markets where fabrics come from all corners of the country and give the whole a huge color that catches the visitor’s attention.

Continue our route through the most colorful places in Latin America, getting closer again to Colombia.  Guatapé is located in an area especially beautiful thanks to the natural charms that surround it. But in addition, this place has been baptized as the “Town of the Zócalos”, because many of them can be found in the houses in the area.

Since the beginning of the 20th century, the city has adorned its homes and homes with skirting of all kinds and diversity to offer an enormous color to the whole. Without a doubt, it is worth getting carried away by the magic of Guatapé.

You may also like to read : 6 Famous Chinatowns In The World