How a shellfish may be the key to cleaning polluted rivers 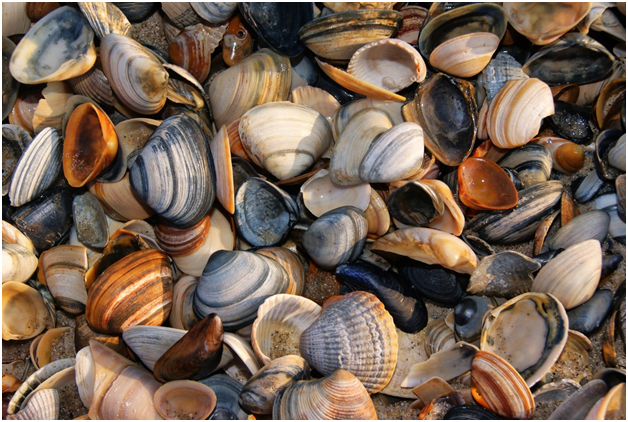 Shellfish survive best in water rich in various nutrients, including the nitrogen found in fertilisers. Fertiliser used on crops eventually passes into streams and rivers before ending up in the sea, where it provides nutrition for shellfish. Problems occur, however, when other harmful chemicals and materials also run into the sea. Many of the undesirable elements that end up in the sea are harmful to human health, which is worrying when you take into consideration that many of the shellfish we eat could contain all kinds of chemicals.

Another problem is that too much nitrogen can lead to unwanted algal blooms that are poisonous to humans. One solution that has recently been proposed is to use shellfish to consume unwanted pollution from rivers and waterways. The shellfish would help remove undesirable elements from the water, and would not be fished so there would be no danger of them entering the human food chain.

The ribbed mussel is one shellfish that is a suitable candidate for such a programme. While it is edible, it is extremely unpalatable and therefore doesn’t have any commercial value to humans. Therefore, mussels living in polluted waterways would not be in danger of fishing because, simply put, there would be no interest in fishing them. The ribbed mussel offers many other advantages to humans, however; it is a hardy creature and is very well suited to collecting unwanted materials and chemicals from the environment. Chemicals and pollutants come from many sources, including storage tanks that are no longer used. Such tanks can be safely decommissioned by reputable land remediation firms such as http://www.ashremediation.co.uk/tank-decommissioning/.

The Guardian reports that the Bronx Estuary has been the focus of much attention recently, with one group attempting to re-introduce oyster farming to the area. This might be a more appealing prospect before too long, however, if the water can be cleaned by shellfish. Researchers in New York have already put this idea into practice and are using the ribbed mussel to help clean up the Bronx Estuary.

The team monitored the mussels’ health and tested the water before and after the mussels were put to work. Not only did the mussel community thrive in the polluted water, they also filtered out a great deal of pollutants.