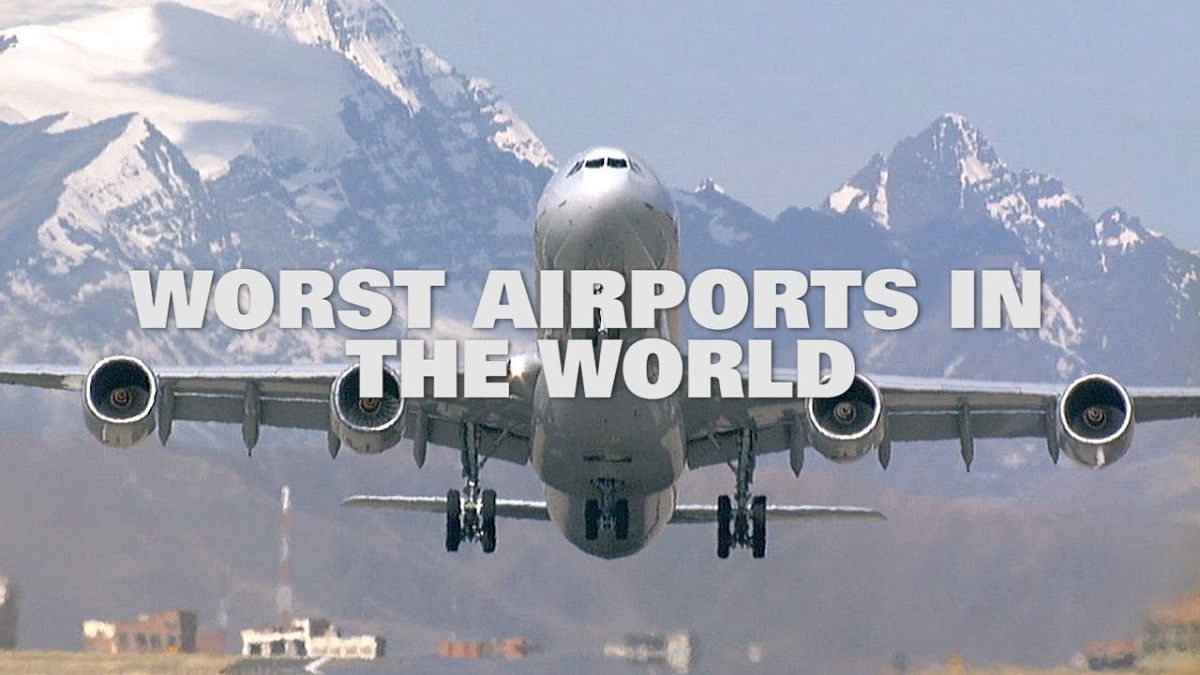 Airports are the cathedrals of modernity. All cities will strive to have a bigger and taller one than the neighbor and prestigious architects dream of moving to posterity by building them. But they do not always remember to make them comfortable for those who have to suffer them.The guide to sleeping in airports is a curious website whose users send reports on the quality of airports around the world. It started as a page of backpackers and travelers with a little budget who spent information on how to sleep for free at the terminals to save a hotel night. And it has ended up becoming the most complete and hilarious pantry of information about those places where travelers spend at the end longer than we would like.To make this list with the worst airports in the world, the guys at The guide to sleeping in airports took into account issues such as the comfort of the facilities, the existence of rest areas and sufficient seats, the restoration, the courtesy and elegance of the immigration and security personnel, customer service or cleaning the bathrooms. And the result is this: 10 aerodromes for which you will never want to pass. 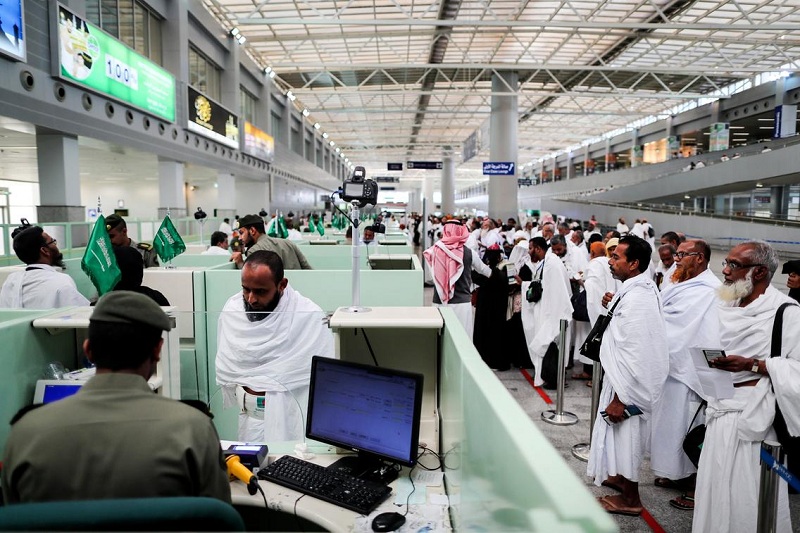 Saving the fact that it has free Wi-Fi, the rest of the negative aspects of this airport make it worthy of this undesirable first place. With hardly any rest areas or restaurants, the hygiene of the complex leaves much to be desired in general and its immigration officers are usually described as arrogant and rude. A bad place to have to make a long scale. 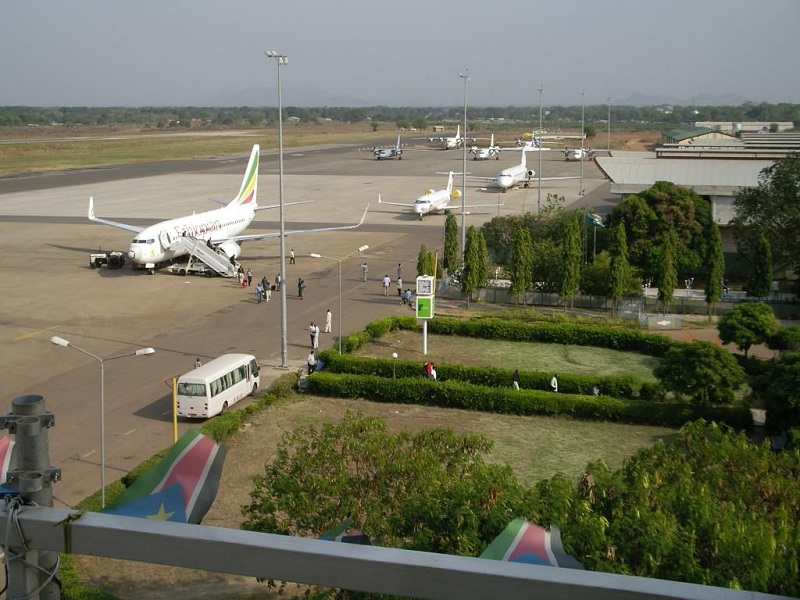 A practically new state, born after a bloody and long civil war, has other concerns beyond the comforts of its airport. But the truth is that Jubba terminal is more like a sauna with limited services-where toilets are usually broken most of the time than an international terminal. Unfortunately, and given the current situation, South Sudan has enough left to obtain better-equipped infrastructures. 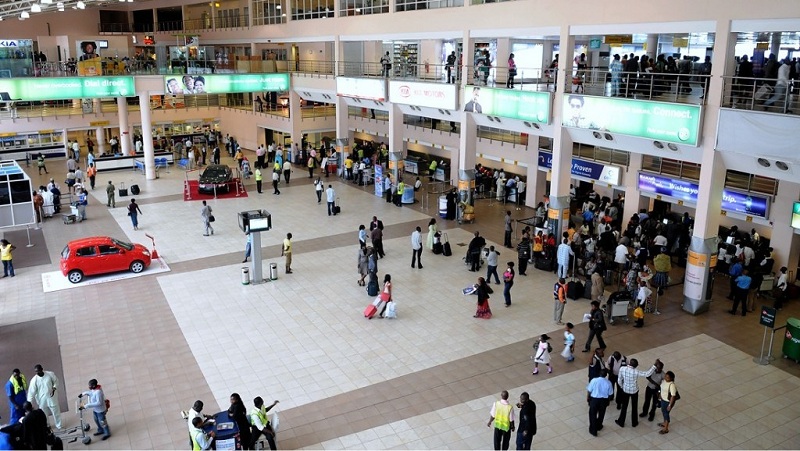 It is always one of the worst rated aerodromes in all the lists. Not in vain, last year occupied the first position of this ranking of Sleeping in the airport. Passengers huddle at the counters in endless queues as they try to scare away the innumerable mosquitoes that swarm around the room. Sanitary ware with the little cleaning, the collection of luggage without tape and accusations of practices close to corruption in its officers make this place one of the most undesirable travel destinations. 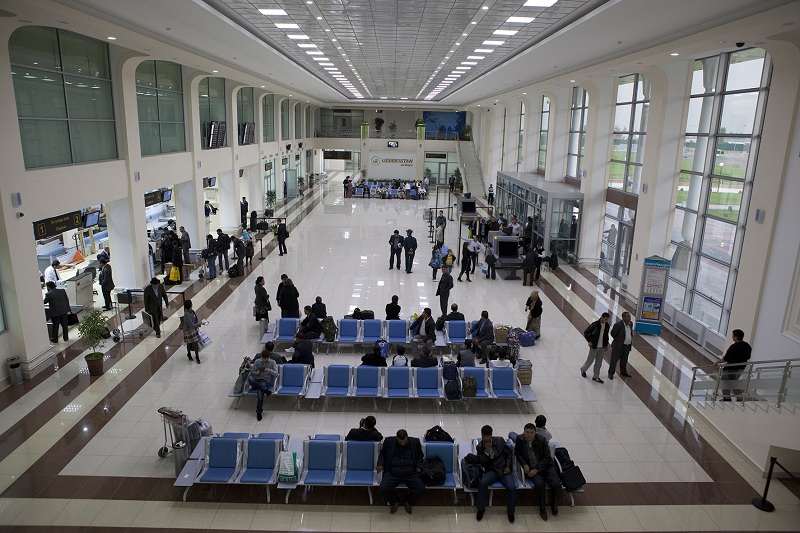 The airport of the Uzbek capital makes merits to be placed higher each year in this list of dubious prestige. In fact, it is considered the worst airport in Asia. The complaints of users are mainly focused on the number of security controls that undermine the patience of the holiest and make it impossible to advance to the boarding gates.

Check This Out: The 6 Most Colorful Places On The Planet 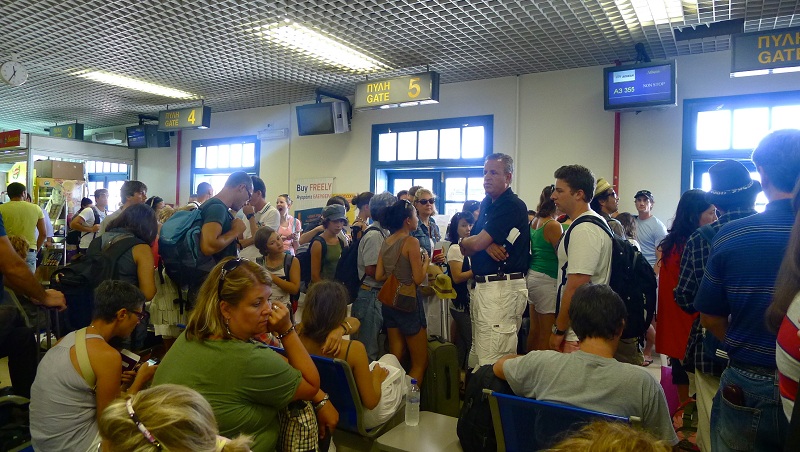 Go ahead that much of the blame for the bad score of Santorini airport is the mass of tourists who come as hordes to the island. That said, it does not help that the facilities are ridiculously small and that people have to wait to check in queuing in the sun. The situation does not improve much either since the waiting rooms do not have air conditioning. In August, it is better to arm yourself with patience and be very aware that it will be time to wait, yes or yes. 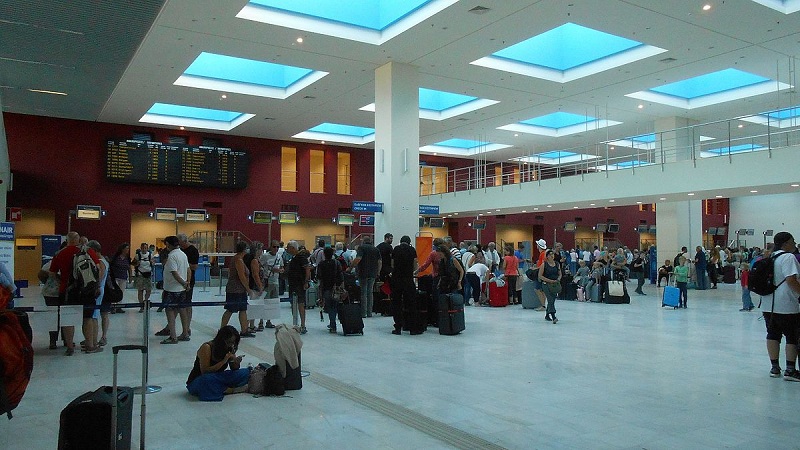 Another Greek airport with limited services and no air conditioning. In high season it is common to see people sitting on the floor because they do not have enough chairs or resting places to meet the demand. And if that were not enough, the price level of the food is exorbitant, even more so than the average of European airports. Practical advice if you have to fly there in summer: take-home food and under no circumstances forget the fan. 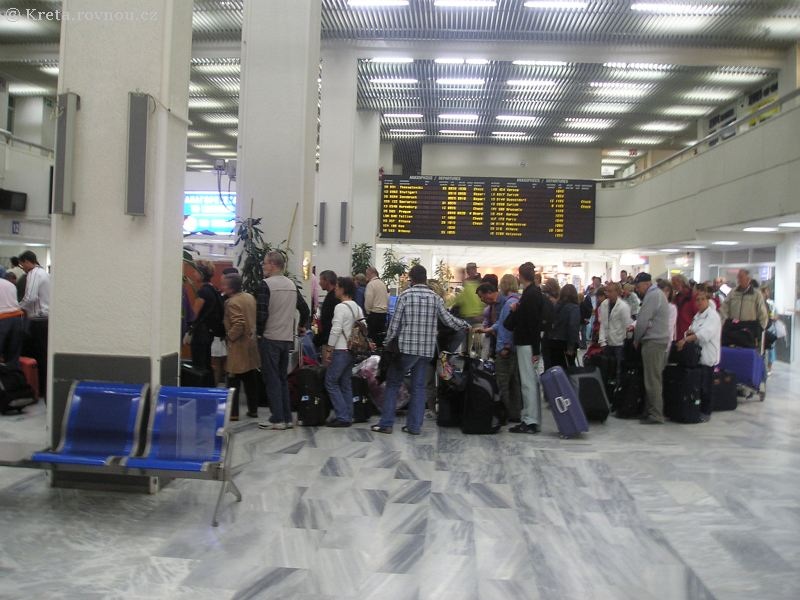 And since there are no two without three, the seventh position is occupied by another Greek airport. In addition, very close to the Chania: they separate 140 kilometers. Stratospheric prices, uncomfortable seats in the waiting rooms, unfriendly service staff and lack of hygiene in services make this airport a nightmarish place. Too bad it is the gateway to a destination as beautiful as Crete. 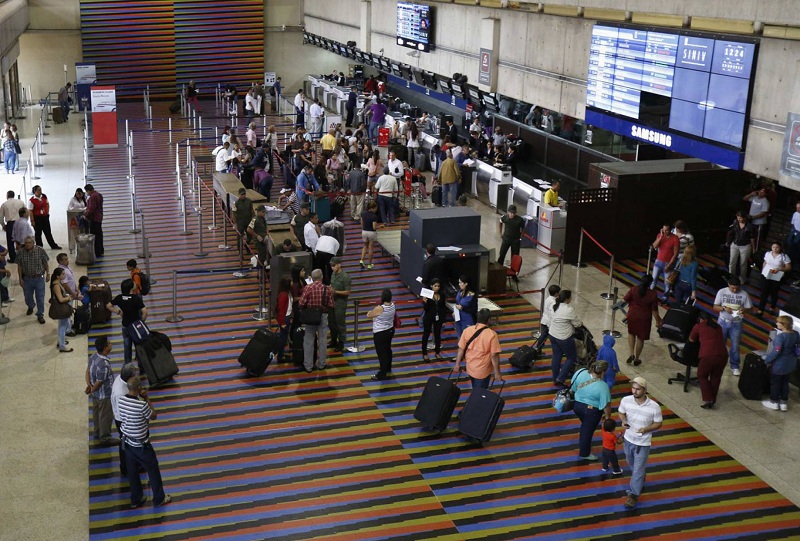 There are no good times for travelers who intend to arrive in Venezuela. The cancellation of routes that several companies announced adds the improved service of its main airport. The habitual users recommend foreseeing as little as five hours to make a stop due to the malfunction of the logistic services that manage luggage and connections. Security is another aspect negatively pointed out; It is recommended to be very aware of the luggage at all times and pack the bags to avoid unwanted openings. 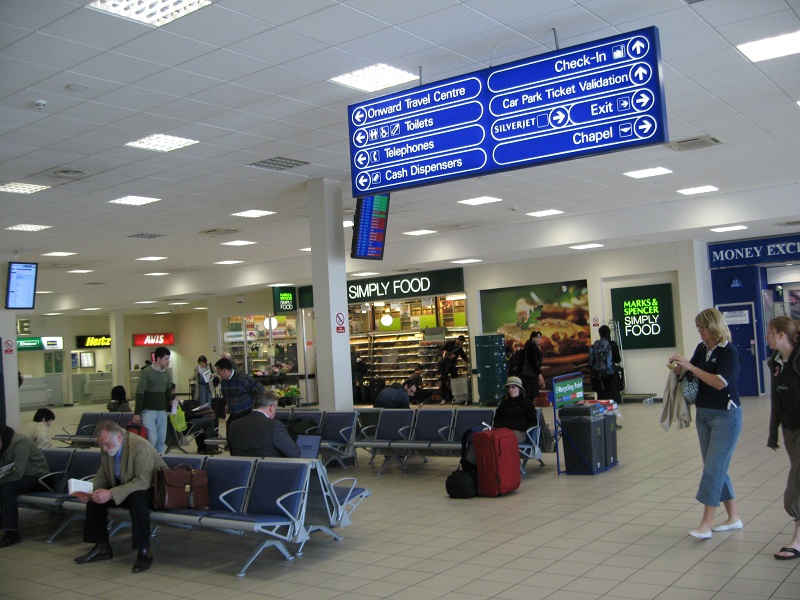 Luton is the clear example of the low-cost model of modern aviation. Undoubtedly, it is one of the most competitive scenarios to reach the English capital because it is the low-cost companies that fly at the most competitive prices. But what you save, on the one hand, you end up paying for it on the other: excess baggage, drop-offs on the runway, even the plastic bags needed for liquids less than 100 ml have a price. A Pinypon airport that urgently needs a reform that adapts it to the level of passengers it receives each year. 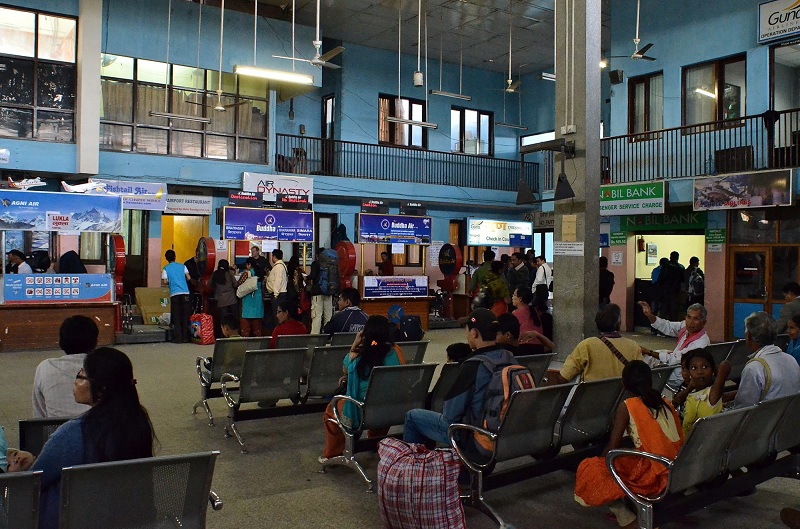 If anyone wants to know how is Kathmandu airport can see it well represented in the movie Everest. Based in 1996, probably the production team of the film did not have to move anything to reproduce as it was the airport two decades ago. The area of international flights is not bad at all; however, that of domestic flights, rather than a terminal, looks like a dilapidated town bus station.